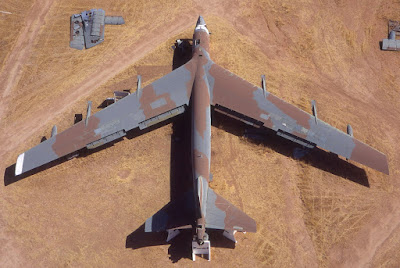 A solo exhibition of photographs by Phillip Buehler

Front Room Gallery is proud to present “(un)thinkable,” the culmination of 25 years of Phillip Buehler’s work photographing remnants of the Cold War throughout the United States and Europe. Buehler has visited NATO airbases, Cape Canaveral, the Airplane Graveyard, missile bunkers and silos (even within New York City’s borders) among many other sites that are historic, and yet hidden, forbidden, and forgotten. For anyone growing up during the Cold War the sense of dread of the world’s annihilation was all to concrete. It was evidenced in films like “Dr. Strangelove” and “The Day After.” Everyone knew the U.S. had enough nuclear weapons to destroy the world 5 times over, and assumed something similar about the Russians. For those not old enough to remember this built in fear, don’t worry (worry) it is reawakening. We don’t need another Cuban Missile Crisis to push us to the brink, the renewed tension with the Russians, and now North Korea’s recent entry in the the nuclear weapons club is more than enough to unnerve anyone who is watching these conflicts unfold. Phillip Buehler is watching closely.       Through this comprehensive series Buehler’s photos show many  aspects of this non-war war. In Buehler’s aerial photographs from a military airplane storage yard in Arizona the repetion of the same model of bomber aircraft are so abstractly pattern-based that the overall effect begings to feel like a  Middle Eastern tapastry. And in Buehler’s image from inside a Nike Missile bunker in the Rockaways (part of New York City’s old nuclear defense network) a vast graffiti covered concrete and steel structure one can see where the roof opens up to lift and fire a nuclear missile. Of couse this exhibition would not be complete without his photo of the iconic “Fallout Shelter” signs, still visible at public schools and libraries all over the country. The practical nature of these leftover signs could send a chill down the spine of anyone who thinks about it for very long. Phil Buehler’s interest in modern Ruins started in 1973 when he rowed out to then abandoned Ellis Island and he has continued to document 20th -Century ruins around the world seeking to rescue the  past one step ahead of the wrecking ball. Buehler practiced “duck and cover” drills in grammar school - the image below is of the fallout shelter sign still on that school.”His recent book, “Woody Guthrie’s Wardy Forty,” won numerous awards and documents the singer/songwriter/activist’s life at Greystone Park Psychiatric through an intricate juxtaposition of photographs of the now-abandoned hospital buildings, Guthrie’s writings, medical records and interviews with close friends and family.